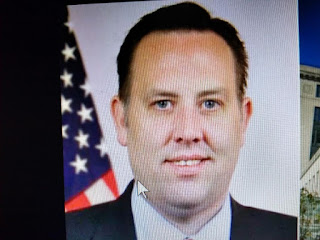 What the heck is going on at GSA?
I gotta feeling this case involved homosexual activity.

NY Post reports a former General Services Administration manager had oral sex with a White House staffer on the rooftop of the agency’s headquarters and drank alcohol in his office, according to an inspector general report.

Former GSA associate administrator Brennan Hart admitted to investigators that he escorted a White House staffer into the GSA’s central office at 1800 F Street in Washington in July 2017 and made drinks for himself and the unidentified worker with vodka he kept at his desk, according to the report, which was obtained Wednesday by WRC.

“He said their sexual activity began in the Administrator suite area and culminated with oral sex on the rooftop of the Central Office,” the report said. “Hart stated this occurred on only one occasion.”