Palestinian President Abbas: Millions Of Fighters Will Take Over Jerusalem... 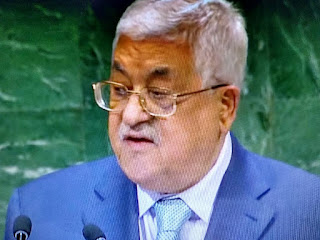 The Palestinians would be making a foolish mistake if they would try to swarm Jerusalem.
It would be a suicide mission.

Free Beacon reports Palestinian Authority President Mahmoud Abbas threatened this week that "million of fighters" would swarm Jerusalem and topple the Jewish state's capital city, warning that "no matter how many houses and how many settlements they declare that they [plan to build] here and there—they shall all be destroyed."

Abbas, in an Arabic language speech at Jalazone Refugee Camp near Ramallah that was heavy with threats of destruction, doubled down on the Palestinian government's policy of using public money to pay convicted terrorists and their families, telling his audience, "We will not accept their designation of our martyrs as terrorists. Our martyrs are the martyrs of the homeland."