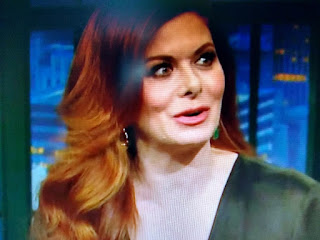 We put too much value in what celebrities have to say.
Often times their opinions don't amount to much.  They need to stick to their craft and shut up.  But, see how little white Libs think of black people who don't tow the leftist line?


InFo Wars reports the controversial sign has been put on display at a Baptist church in Alabama; it derides both black and white Trump voters – each for a different reason.

Actress Debra Messing has apparently celebrated a message by a church that derided Donald Trump’s supporters.

The 51-year-old actress, perhaps best known for her role on the award-winning sitcom Will & Grace, replied “Thank You #Alabama” to a tweet about a sign placed near the New Era Baptist Church in Birmingham, Alabama, reading: “A black vote for Trump is mental illness.”

The other side of the sign says, “A white vote for Trump is pure racism.”