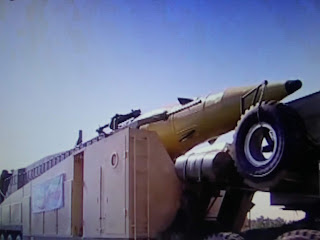 This may not end well, for Iran!
The time they come anywhere close to develop a nuclear weapon, Israel will do something about it.


AP reports Iran on Saturday said it now uses arrays of advanced centrifuges prohibited by its 2015 nuclear deal and can enrich uranium “much more beyond” current levels to weapons-grade material, taking a third step away from the accord while warning Europe has little time to offer it new terms.

While insisting Iran doesn’t seek a nuclear weapon, the comments by Behrouz Kamalvandi of the Atomic Energy Organization of Iran threatened pushing uranium enrichment far beyond levels ever reached in the country. Prior to the atomic deal, Iran only reached up to 20%, which itself still is only a short technical step away from weapons-grade levels of 90%.