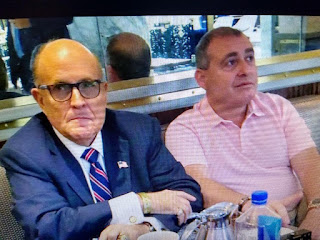 This is the sane SDNY that didn't lift a finger to investigate the Clinton Foundation who collected millions from foreign governments while Hillary Clinton was secretary of state.  This office is part of Deep State corruption and it's sad!

In an indictment unsealed Thursday, federal prosecutors in Manhattan alleged Lev Parnas and Igor Fruman were engaged in political activities in the U.S. on behalf of one or more Ukrainian government officials—including a lobbying campaign, targeted at a Republican congressman, to remove the U.S. ambassador in Kyiv. President Trump ordered the ambassador, Marie Yovanovitch, removed from her post in May.