What Corrupt Media Ignores: Ex-Ukraine prosecutor claims he was told to back off Biden-linked firm probe: report 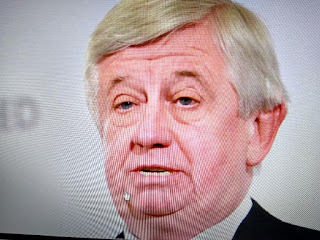 The corrupt mainstream media isn't lifting a finger to investigate Joe Biden and his drug addict son, Hunter.
Why?  Because they're a bunch of hacks that protect dirty Democrats.


NY Post reports Ukraine’s former top prosecutor told Rudy Giuliani earlier this year that he was indeed asked to back off any probe of a natural gas company linked to Joe Biden’s son, according to a copy of Giuliani’s notes obtained by Fox News.

During the pair’s Jan. 23, 2019, phone call, scandal-scarred ex-prosecutor Viktor Shokin told Giuliani that his “investigations stopped out of fear of the United States,” after a top diplomat asked that he use “kid gloves” in pursuing the company, according to the notes of President Trump’s personal attorney, reported by the outlet.