Lee Zeldin on impeachment: 'Adam Schiff really does think that many Americans are idiots' 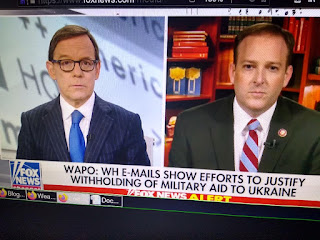 The real idiot is Adam Schiff!
Not only is he the most dishonest man in Congress, he might also be the most inept.

"If you remember March 22nd, 2017, he goes on another network, and he says that he has more than circumstantial evidence that President Trump colluded with the Russians. This is evidence that he hasn't yet produced, [that] I haven't seen, [former Special Counsel Robert] Mueller couldn't find," he continued. "He made up what he called a parody version of the [July 25] call transcript, but he only said that after he got called out."