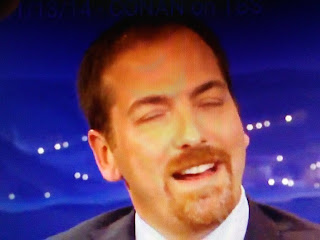 Chuck Todd really has a lot of balls to suggest Republicans are in the misinformation business.
The mainstream media, which NBC is a huge part, invented fake news along with the NY Times and the Washington Post.  They carry the water for the Democrat party.  This is what's known in psychology as "projection" accuse others of exactly the same behavior that oneself is doing.  All MSM are a bunch of projection culprits.  By the way, Chuck Todd couldn't carry Tim Russart shoes.

Fox News reports NBC News host Chuck Todd is under fire for saying Republicans have “an incentive structure to utter the misinformation” related to Russia in a news-making interview that has upset critics on both sides of the aisle.

Todd spoke with Rolling Stone for an interview that was originally published last week but Axios reported an excerpt on Thursday that put the piece back in the news.

The “Meet the Press” moderator was asked about a recent interview with Sen. John Kennedy, R-La., who was accused by Rolling Stone’s Peter Wade of using “Russian talking points to defend Trump.” Wade then asked why Republicans are willing to go on the NBC News political show and spread disinformation.