Trump calls Dems 'Liars!' for deeming him security threat – and then pausing impeachment 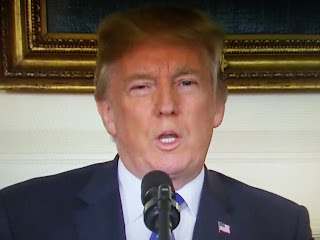 It never made sense why the Dems wanted to get the impeachment done so quickly only to hold the ball at the end.
They are idiots, period!

Fox News reports if there was any Christmas truce between President Trump and House Speaker Nancy Pelosi, it didn't last long

The president went so far Thursday morning as to suggest Pelosi should face a primary challenge, as he called her San Francisco district "filthy" and "dirty" and said she should focus on cleaning it up

“Nancy Pelosi has no leverage over the Senate. Mitch McConnell did not nose his way into the impeachment process in the House, and she has no standing in the Senate.” Brad Blakeman. Crazy Nancy should clean up her filthy dirty District & help the homeless there. A primary for N?
— Donald J. Trump (@realDonaldTrump) December 26, 2019