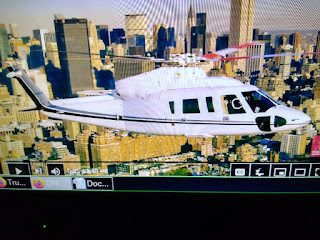 Wow!
Either the fog was so dense, the pilot had no idea where he was, or maybe it was a suicide attempt.   We may never no the reason other than chalking it up to pilot error if the copter was sound.


NY Post reports the helicopter Kobe Bryant and his daughter Gianna were flying in on Sunday dropped more than 2,000 feet per minute before smashing into a California mountain, killing all nine people on board, officials said Tuesday.

The Sikorsky S-76B chopper lost contact with air-traffic control when it was traveling about 2,300 feet above the ground over the mountains in Calabasas, an NTSB official said at a press conference.

It then started a “steep descent,” dropping at more than 2,000 feet per minute, authorities said.

“We know this was a high-energy-impact crash. The helicopter was in a descending left bank,” the NTSB official said.