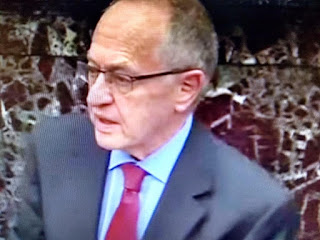 Quid pro quo was always a bogus argument by Democrats.
QPQ is how life works everywhere in the world.

Washington Times reports Trump defense lawyer Alan Dershowitz said on Wednesday that a “quid pro quo” involving a U.S. president isn’t inherently unlawful and that one of the goods or services exchanged has to be illegal in some way.

Mr. Dershowitz posited a case where a Democratic president told Congress he was withholding financial assistance to Israel or Palestine unless the countries met certain requirements on settlements or terrorism.