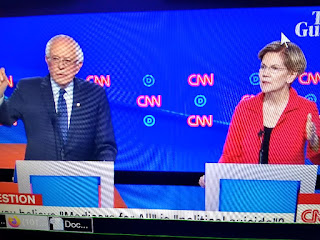 This debate is pretty much a moot point because neither Sanders or Warren has a shot of defeating Donald Trump.

Sanders’ campaign has begun stealthily attacking Warren as a candidate of the upper crust who could not expand the Democratic base in a general election, according to talking points his campaign is using to persuade voters obtained by POLITICO.