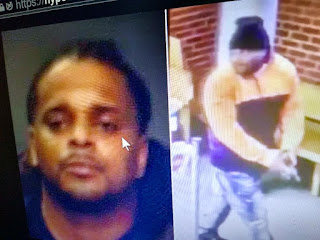 The level of animus against the NYPD has reached a new level.
Over the summer police officers had to deal with being pelted with water.  Today, its bullets!  Welcome back to Fort Apache days in New York.

NY Post reports the “coward” gunman who shot up an NYPD station house in The Bronx early Sunday, wounding a lieutenant, only surrendered after he emptied his clip, according to department Commissioner Dermot Shea.

Alleged shooter Robert Williams stormed into the 41st Precinct station house on Longwood Avenue around 8 a.m. and opened fire, according to harrowing video of the brazen assault and police sources.

“He immediately pulls out a gun and fires multiple rounds towards the desk area,” said Shea in a press briefing. “He then walks into an area beside that desk and fires several rounds.”