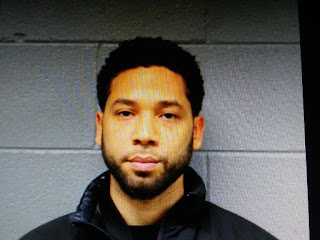 I don't know where this indictment will lead.
After all we're talking Chicago.  But, Jussie needs to pay a hefty price and be made an example of.  We're not going to tolerate a bunch of lies upon the public that could've  led to a bad place.

NY Post reports Jussie Smollett on Tuesday was once again indicted for allegedly staging a hate-crime attack against himself — nearly a year after charges in the case were abruptly dropped.

Webb’s investigation revealed that Smollett “planned and participated in a staged crime attack,” and then “made numerous false statements … reporting a heinous hate crime that he, in fact, knew had not occurred,” Webb said in news release.