Mike Bloomberg in leaked 2015 clip: ‘95% of murderers fit one description, Xerox it’ 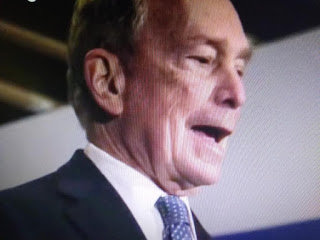 This is the beginning of the end of the Bloomberg campaign.
Yeah, Mike you can really get it done!

NY Post reports former Mayor Michael Bloomberg publicly claimed that cops across the country could use a “Xerox” description of minorities to identify suspected murderers in a newly unearthed recording of a speech from 2015.

“Ninety-five percent of murders, murderers and murder victims fit one M.O. You can just take a description, Xerox it, and pass it out to all the cops,” Bloomberg told the Aspen Institute in 2015.

Audio of @MikeBloomberg’s 2015 @AspenInstitute speech where he explains that “you can just Xerox (copy)” the description of male, minorities 16-25 and hand to cops.

Bloomberg had video of speech blocked.

Perhaps because of the problematic explanation he gives for #StopAndFrisk pic.twitter.com/Fm0YCi4ZRy
— Benjamin Dixon (@BenjaminPDixon) February 10, 2020