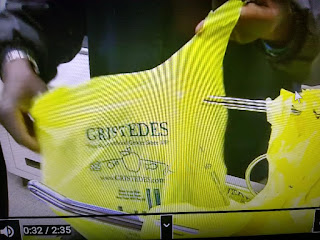 Once again Democrats who control the state pass a stupid law that nobody agrees with.
These idiots in Albany are very good at finding solutions to a non-problem.   Meanwhile crime is on the rise, the homeless are taking over our streets.  But Democrats pass a plastic bag ban to make everything else better.   By the way, the poor will be hurt the most by this ban.

NY Post reports the state’s crackdown on plastic bags kicks off Sunday, but some Big Apple shoppers still had plenty of sour grapes about the new law the day before, ripping it as a lemon.

“It sucks!” raged Maritza Thristino, 54, Saturday as she walked out of Associated Market in Crown Heights.  “Not good for old people, for disabled people. Where do you put your groceries if they’re not in a bag? So it sucks.”

Others see it as impractical.

“I reuse plastic bags, but the sustainability of something like that seems very hard in a city of 10 million people,” said Brian Burns, 42, as he loaded his plastic-bagged groceries into his car in East Flatbush. “I think it’s going to be hard to enforce.”

State officials agreed last week to hold off penalizing stores until April, after grocers filed an eleventh-hour lawsuit to block the law, which advocates tout as a win for the environment.