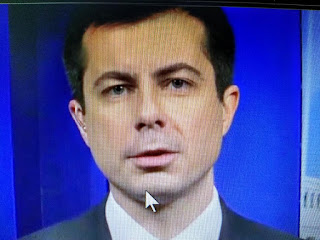 It isn't Buttigieg's sexual orientation that should argue against him becoming president.
It's more likely that he was a lousy mayor of South Bend.  His military experience ig bogus.  But, more important than that.  He's plastic!  Nothing about him is original.  He needs to pay Barack Obama a lot of money for stealing his persona in every way.

Buttigieg said on Sunday that he is proud of his marriage and his husband following comments from Limbaugh about whether voters would elect him because he’s been “kissing his husband” on stage after debates.

“I am in a faithful, loving and committed marriage,” Buttigieg said during an appearance on “Fox News Sunday.” “I’m proud of my marriage. And I’m proud of my husband."