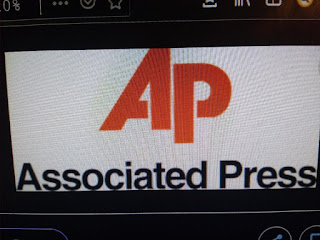 This is how the mainstream media lies to the public.
As you read in my blog post title, The Associated Press puts out a headline that reads: "Test show new coronavirus lives on some surfaces up to 3 days"

But when you read the article itself the context refutes the headline:


"The new coronavirus can live in the air for several hours and on some surfaces for as long as two to three days, tests by US government and other scientists have found." (AP)

Which government agency is making this claim and who are the scientists?  The article doesn't mention it.

"Their work, published Wednesday, doesn’t prove that anyone has been infected through breathing it from the air or by touching contaminated surfaces, researchers stress." (AP)

So the headline is shown to be very misleading and one can argue it's a lie to cause panic and confusion to the public.  Folks read the headline and beleive what it says which is exactly what the AP wants.

“We’re not by any way saying there is aerosolized transmission of the virus,” but this work shows that the virus stays viable for long periods in those conditions, so it’s theoretically possible, said study leader Neeltje van Doremalen at the National Institute of Allergy and Infectious Diseases. (AP)

This is scandalous!  So it seems pretty much to me that the AP has intentionally published misleading or dishonest information.  NY Gov. Andrew Cuomo cited this  faulty statistic as a rationale to put a containment zone around New Rochelle county.  For what?  Dishonest reports by the AP?