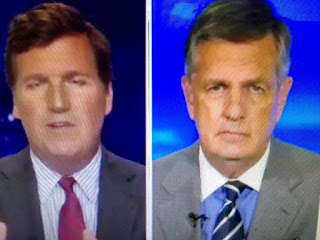 Democrats are choosing a man who is senile rather than choosing a socialist.
What does that say about socialism?  It means America doesn't believe in it, even with Democrats.

Fox News senior political analyst Brit Hume told "Tucker Carlson Tonight" Tuesday that a series of slip-ups by former Vice President Joe Biden during his campaign for the Democratic nomination suggest that the 77-year-old former senator, "like so many people his age, is losing his memory and is getting senile."

"I don't think there's any doubt about this," Hume said. "I have traces of this myself. I know what it feels like. Sometimes you're confused, sometimes you can't remember, 'What are you supposed to do the next morning?' -- and I'm not running for president and it's probably a good thing I'm not."