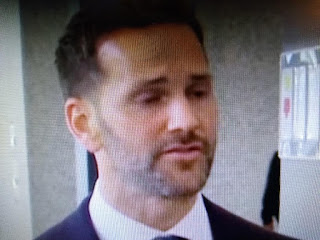 Now only if it were that easy for Sen. Corey Booker to free himself too.

NY Post reports scandal-scarred former Rep. Aaron Schock has come out as gay — admitting it has left him disowned by his deeply religious family who wants him to go through conversion therapy.

“I am gay,” wrote the 38-year-old ex-Illinois pol who resigned from Congress five years ago amid claims he misused government and campaign funds, with federal charges only dropped last year.

“For those who know me and for many who only know of me, this will come as no surprise,” admitted Schock, who noted there was plenty of “speculation” while he was in office.