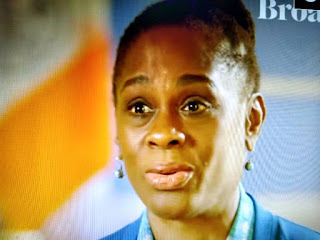 If I ran a nonprofit and go on to lose a billion dollars, chances are good that I'll end up in prison.
That's life for regular people.  But, that's not the case for Chirlane McCray who ran ThriveMYC and, doggone it, over a billiondollars went missing.  Did she go to prison?  No!  She wasn't even charged with a crime.  Maybe being the First Lady of New York City, a black woman and a former Lesbian, she claims, had a lot to do with it.  It sure beats me!

The mayor says his wife’s record running the ThriveNYC initiative makes her perfect for this new job. We guess that means the Taskforce on Racial Inclusion and Equity will spend a ton of money to no obvious effect, with half its component programs closed down after a year or two because they never made sense in the first place.

That was the story of Thrive, which was supposed to boost New Yorkers’ mental health but mainly seemed to hire people without ever figuring out what they should do. And which mainly steered clear of the city’s most urgent mental-health problem, the huge portion of the homeless population that faces major psychiatric issues.

With roughly a billion dollars out the door, Thrive is on its third or fourth “reimagining.” The next mayor is sure to close it down, if the City Council doesn’t do so first.