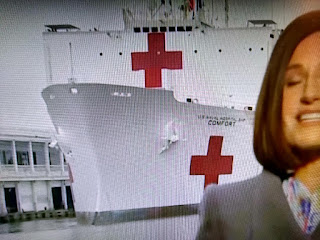 Once again the models the so-called experts rely on turn out to be wrong.

Western Journal reports as coronavirus models go, the one put forth by the Institute for Health Metrics and Evaluation at the University of Washington, or IHME, has been one of the more optimistic ones.

According to The Washington Post, the model predicted 38,000 to 162,000 deaths in the United States — lower than most models and lower than the White House estimate of 100,000 to 240,000 deaths.
Even though it may be conservative, however, the IHME model might not have been conservative enough.

Take New York, the epicenter of the disease. According to the IHME model, the state would have needed 50,962 hospital beds on April 1, on the way to peak usage April 9. On that day, it would need 76,130 hospital beds.

Now, New York isn’t in particularly good shape when it comes to coronavirus, recording at least 1,867 deaths in New York City alone as of Saturday morning, according to Johns Hopkins University data.

However, the IHME model’s prediction of how many people would be hospitalized in the state by April 1 was much higher than what the actual number ended up being.