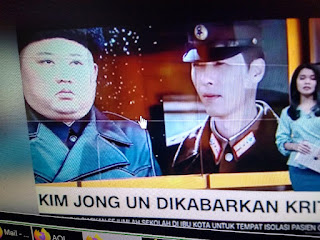 This incident is minor compared to the usual misinformation and Leftists propaganda offered by the worst news organization in the world.
CNN is garbage--period!

The North Korean leader was depicted as a character played by South Korean actor Hyun Bin — star of the hit K-drama series “Crash Landing on You” –during a CNN Indonesia story about the reportedly ailing despot, according to Coconuts Indonesia.

During the news segment, a photo of Kim appeared next to that of Capt. Ri Jeong-hyeok in the popular show.

The station later issued an apology for its “fatal mistake.”