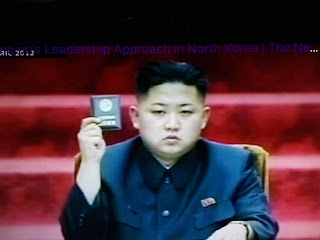 And so much for that!

Be on the lookout for a whole bunch of tears and sad faces by North Koreans.  Off camera, machinegun totting soldiers will guarantee they look sad enough for the world to see.


NY Post reports Kim Jong Un is rumored to be dead, according to a Hong Kong broadcast network, while a Japanese magazine is reporting that North Korea’s rocket man is in a “vegetative state” after he underwent heart surgery earlier this month.

A vice director of HKSTV Hong Kong Satellite Television, a Beijing-backed broadcast network in Hong Kong, claimed that Kim was dead, citing a “very solid source.” Her post on the Chinese messaging app Weibo has been shared widely on social media, according to a report in the International Business Times.