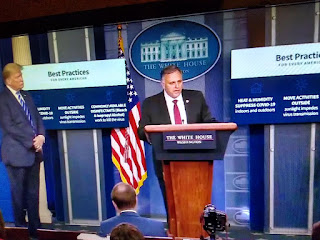 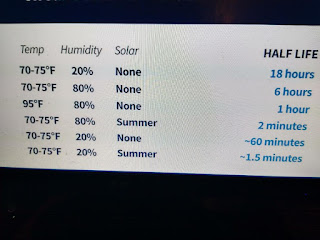 We're not talking about models that have been wrong more often than not, or theories coming from Dr, Fauci's head.
This is evidence based research conducted by Homeland Security.  Or as scientists love to say, "Data, data, and more data!"  These are the findings and this is what it had to say,

Fox News reports President Trump and public health officials argued on Thursday that higher temperatures and humidity, as well as direct exposure to sunlight, quickly kills the coronavirus, leading to hopes that the threat of the contagion could drastically recede during the summer months.
Bill Bryan, the head of the science and technology directorate at the Department of Homeland, said that solar light along with high temperatures and humidity have a “powerful effect” of creating environments less favorable for the virus to survive.

A chart released by during the White House coronavirus task force by the DHS showed that the novel coronavirus dies within two minutes in hot summer humidity while on surfaces and a minute and a half while in the air.