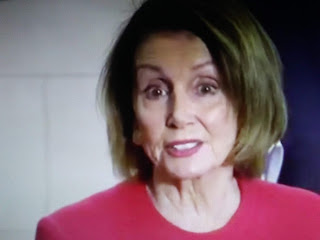 Follow the money!  The MSM has no interest in asking Dr. Fauci why did he send $3.7M to a lab in China for research that was illegal in the United States.
So, Nancy Pelosi has no interest either?  Why?  What does she know about it?

Breitbart reports Rep. Guy Reschenthaler (R-PA) told Breitbart News this weekend that House Speaker Nancy Pelosi would rather investigate President Donald Trump again than focus on the actual origins of the Chinese coronavirus and U.S. tax dollars that went to the Wuhan Institute of Virology from which intelligence officials increasingly believe the virus leaked.

Appearing on Breitbart News Saturday on SiriusXM 125 the Patriot Channel, Reschenthaler discussed his efforts to investigate tax dollars that flowed through a New York firm to the Wuhan lab. He said that Pelosi and House Democrats are not interested in holding the Chinese Communist Party accountable and, instead, want to focus their oversight efforts on politically harming President Trump again just like they tried and failed with the partisan impeachment last year and earlier this year.