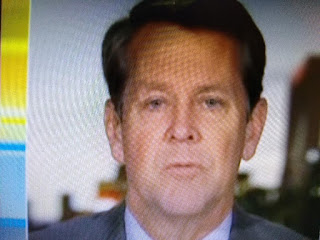 Let's face it!  The Atlanta Journal Constitutions newspaper wanted unqualified Stacey Abrams to win for governor of Georgia.
But, she lost fairly to Gov. Brian Kemp and he's had a mark on his back ever since and it's all about race.
Incidentally, the state of Georgia has performed quite well during this pandemic. Their death rate per 100Kresidents is 16.  That's well below average for the country.  New York andNew Jersey have death rates of 146 and 116 respectively.  Kemp and Georgia are doing exceedingly better than the worst hot spot in the United States.

NY Post reports the Georgia Department of Public Health has come under fire for sharing erroneous data that suggested the number of confirmed coronavirus cases decreasing – providing flattening-curve models that Gov. Brian Kemp used to justify the Peach State’s reopening, according to a report.

A recently posted bar chart on the agency’s website showed that new confirmed cases of COVID-19 in the five counties with the most infections had dropped each day over two weeks, The Atlanta Journal-Constitution reported.

But there was no downward trend as cases have held steady or dropped slightly during that time period – and experts agreed that in those counties, the cases were flat when the state began reopening last month, according to the newspaper.