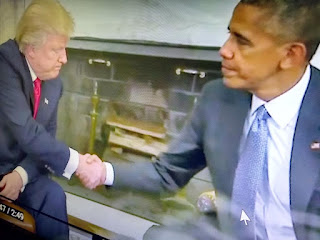 It was never a real case!
But, Michael Flynn was framed anyway by Barack Obama, James Comey, and corrupt FBI officials and agents.  And the mainstream media such as the New York Times, the Washington Post, CNN, MSNBC, NBC News, CBS News, and ABC kept the frame going for over three years!

Fox News reports President Trump praised his former national security adviser Michael Flynn and tore into the administration of former President Barack Obama on Thursday after learning that the Justice Department had dropped its case against Flynn.

“He was an innocent man,” Trump said of Flynn during a meeting at the White House with Texas Gov. Greg Abbott. “Now in my book he’s an even greater warrior.”

The Justice Department’s move to drop its case comes shortly after internal memos were released that raised serious questions about the nature of the investigation that led to the retired Army lieutenant general’s 2017 guilty plea for lying to the FBI.

Those documents showed how agents discussed their motivations for interviewing him in the Russia probe—questioning whether they wanted to “get him to lie” so he'd be fired or prosecuted, or get him to admit wrongdoing. Flynn allies howled over the revelations, arguing that he was essentially set up in a perjury trap.