ANDREW McCARTHY: Here’s what Dems, BLM want to decriminalize crime for people of color because it's racist 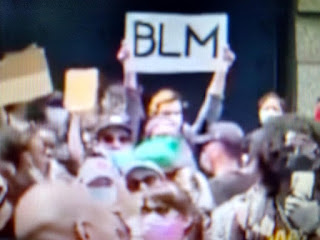 This is not what Andrew McCarthy actually wrote.  But, I'm cutting to the chase because this is the ultimate goal of these bat shit crazy progressive activists.
We need to stop accepting the incremental changes and focus more on the end result will be.

Fox News reports it is a measure of how frightfully irrational our times are that the “defund the police” campaign led by Democrats and Black Lives Matter activists is thriving. It has moved to the mainstream of progressive politics even as the need for effective policing becomes ever more palpable.

We are not talking just about the rampage that followed the horrific killing of George Floyd, which sent Minneapolis and many other big city hot spots spiraling into rioting and looting. The warning signs have been there for a few years, obscure at first but increasingly easy to see.

A new breed of progressive prosecutors, many of them backed by the George Soros network and other deep-pocketed leftwing organizations, has taken control in San Francisco, Chicago, Philadelphia and other urban centers.

Philosophically, they see policing, prosecution and imprisonment as triggers of crime, rather than deterrents against it. They’ve targeted law-enforcement techniques rather than lawbreakers. They adamantly reject the intelligence-based policing and broken windows policies that have given us a generation of record low crime. They’ve eliminated cash bail, which means mandatory release for nonviolent crimes – with a very elastic definition of “nonviolent.”