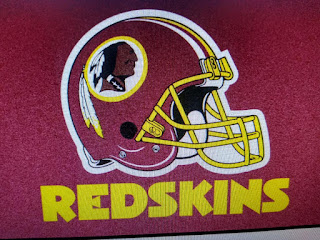 All of a sudden 15 female employees are making sexual harassment claims just when there's a push to change the name of the team?

But, it's typical of the left to use this kind of attack to get their goals met.  Like I said in the past, it is the position of this blog not to believe any woman with types of claims until due process has been served.  Of course this report comes from the Washington Post, one of the most disreputable, fake news-newspapers in the country!


NY Post reports fifteen former Washington Redskins female employees are accusing the NFL organization of sexual harassment and fostering a toxic culture of verbal abuse and ignoring complaints, according to an explosive report by the Washington Post.

The women say they were subject to unwelcome comments about their bodies and sexual advances, and encouraged to dress provocatively and flirt with sales clients. Of the five male employees primarily accused of misconduct, two were fired and one retired within the past week as the newspaper presented findings from conducting more than 40 interviews and reviewing internal documents and text messages to the team for reaction.