VIDEO- Blockbuster TUCKER CARLSON: Can the Left Lead a Country they Hate? 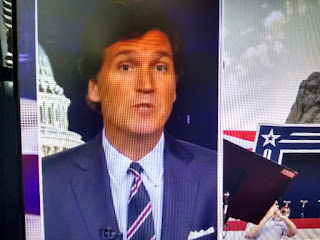 No other person on cable or TV brings the truth harder than Tucker Carlson!
CNN and MSNBC are nothing but mindless propaganda centering on hatred of all people who don't agree with them.  Look at CNN!  That station is packed with immoral people starting with homosexuals like Anderson Cooper and Don Lemon.  These are supposed to be our standard bearers?  Gimmie a break!

GatewayPundit reports there is not a single voice on television recently that has a better grasp on American culture and current affairs than Tucker Carlson.
Tucker Carlson’s opening monologue is something you dare not miss.
On Monday night, after another weekend of leftist rioting, statue destruction and verbal assaults on this country and its citizens, Tucker Carlson asked the obvious question on the modern day left — Can they lead a country they hate?

Today’s Democrat Party is not just satisfied with talking down the country, they want to replace it with some sort of Marxist state.  This should frighten anyone who has ever read a book on 20th century failed states.