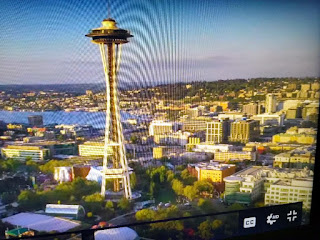 This is what life in the United States would be like if Joe Biden ever got elected president.
This is his version of transforming the country.  Will voters put up with this insanity?

Fox News reports the City of Seattle held a racially segregated employee training session aimed at White staffers and instructing them on "undoing your own whiteness" in order to be held accountable by people of color, according to documents obtained by a public records request.

The session took place on June 12, as protesters took part in the so-called "Capitol Hill Organized Protest" in the Capitol Hill district.

One handout distributed in the session reportedly declared how “racism is not our fault but we are responsible." Another said White staffers must give up “the land” and their “guaranteed physical safety” in order to be an “accomplice” for racial justice.