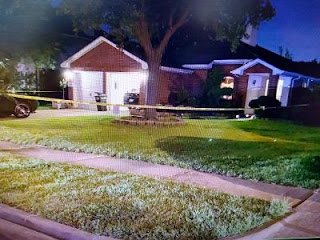 I think it's obvious the bride knows exactly what's going on with this shooting.  Ex-boyfriend?

NY Post reports a Texas groom was shot in the chest at his own wedding party — and even his new bride is refusing to help investigators, according to officials.

Officers believe the groom, who has not been identified, was blasted after a fight with one of his guests at the celebration in suburban Houston Thursday night, according to the Houston Chronicle.

Both the shooter and the injured groom fled the scene — but the newly married man was found bleeding at a house across the street.