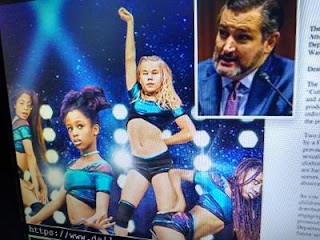 What's worse NetFlix gave the Obama's 60 million dollars.  Is the MSM going to ask Michelle and Brack how does it feel to be associated with a business that encourages the equalization of young girls?  Would they wish their daughters to be treated this way?

Republican politician Cruz, who Donald Trump this week named as one of his potential Supreme Court nominees, called on Attorney General Bill Barr to 'investigate whether Netflix, its executives, or the filmmakers violated any federal laws against the production and distribution of child pornography' in the making of the controversial film.