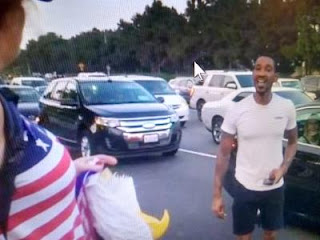 These incidents are being perpetrated by Bernie Bros!

But, the media fails to report it.

Gateway Pundit reports a 33-year-old man, later identified as Alvin Gary Shaw, was arrested after he beat at least two seniors including an 84-year-old woman at the Pro-Trump rally in Aliso Viejo.

The irate leftist pulled back and smacked the 84-year-old woman across the face.
This was after he burned her Trump sign.