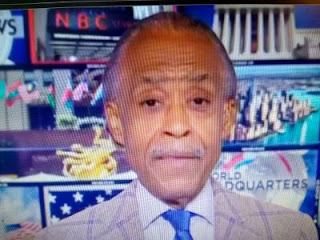 Al Sharpton, who is a piece of filth that's puffed yp by the Democrat Party, never disappoints to show what a scumbag he is.

NewsBustersreports if you thought liberal journalists and hosts were ugly to Brett Kavanaugh, you haven’t seen anything yet. Minutes after Donald Trump finished nominating Judge Amy Coney Barrett to the Supreme Court on Saturday, MSNBC speculated on secret coded messages the President was sending to racists. If that wasn't enough, race hustler Al Sharpton even disgustingly singled out Barrett’s children.

Any Coney Barrett has impeccable credentials, she's a woman of faith, and her seven children, which includes adopting two children from Haiti, shows were her heart is.  But, none of that will make a difference with the Democrat Party who hate nuclear families.  They're going to rip her to shreds because Democrat politicians have no honor.