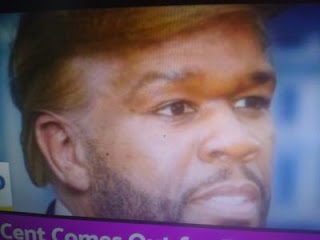 For people who work for a living, paying higher taxes is no joke.

Trump wants the American to keep more of what they earn because it's their money. Joe Biden, like a typical Democrat, believes the money belongs to the government.

Gateway Pundit reports Curtis James Jackson III, or 50 Cent, who has 12,200 Twitter followers, came out in support of President Donald Trump on Monday.

The rapper came out for Trump after watching a news segment on Joe Biden’s tax plan.

👀WHAT THE F*CK! (VOTE ForTRUMP) IM OUT, 🏃♂️💨F*CK NEW YORK The KNICKS never win anyway. 🤷🏽♂️I don’t care Trump doesn’t like black people 62% are you out of ya fucking mind. 😤 pic.twitter.com/uZu02k2Dlz