Biden considering worst NY Governor in history, Andrew Cuomo, who sent thousands of seniors to their deaths by Covid in nursing homes, for AG 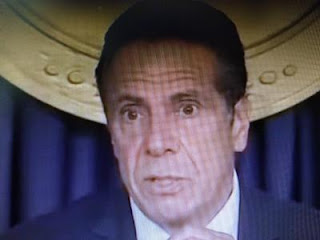 Let's set aside the fact that Joe Biden is running for president without letting voters know his position on key issues.

This is yet another example of Biden's lousy judgment.  Andrew Cuomo, the worst governor in New York history, is a piece of filth!  He callously sent thousands of seniors to die in nursing homes via his executive order!  Stacey Abrahams  is a ten times better choice than Cuomo.  That's how horrific Andrew Cuomo is.

Fox News reports New York Gov. Andrew Cuomo is being mulled as an attorney general within a potential Joe Biden administration, according to a Sunday report.

Aides at the National Governors Association -- which Cuomo chairs -- have begun looking for contingencies to replace him, prompting speculation of his role within a Biden administration, Axios reported.

Democratic donors within Cuomo's orbit have reportedly told the outlet that Cuomo is being pushed for the attorney general job and that Biden is considering him for the role based on their decades-long friendship.