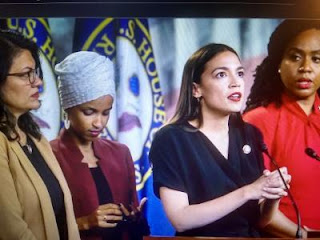 Progressives are ramping up their demands on Joe Biden.

Daily Mail reports a group of progressives, including the freshman "Squad," unveiled their new vision for America on Thursday that will serve as a rallying cry for the election and a roadmap on how to push Joe Biden leftward.

One of the plan's backers, Rep. Ro Khanna, D-Calif., said the agenda will be the legislative blueprint for what progressives in the House will push during a Biden-Harris Administration.