Trump fans pour out for Biden event, only 30 cars of Biden supporters showed up, to chants, 'Four more years!' 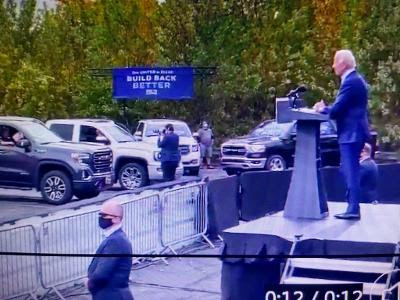 Here's another real life example of how low the enthusiasm is for Joe Biden.  Only 30 cars of supporters?  What is that?  Sixty people if it were two per car?  That is a small number.  Yet, he leads in the polls by double digits?  Bullshit!

NY Post reports Democratic nominee Joe Biden delivered a speech in front of around 30 socially-distanced cars of supporters at a “drive-in rally” on Monday in a warring event with Vice President Mike Pence who was also in the Buckeye State.

.@JoeBiden brings his economic message to Toledo, Ohio where how main message besides selling his “Build Back Better” plan to union members gathered at the drive-in is promising to never turn his back on them like Pres. Trump has in the last several years. pic.twitter.com/P9UrRCVcaa

Compare the above to the kind of crowd Trump gets everywhere he goes. 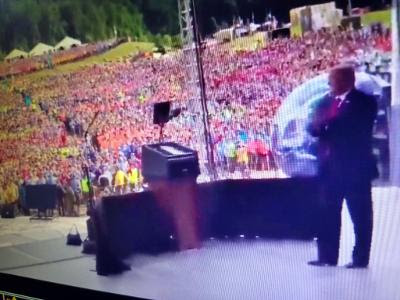