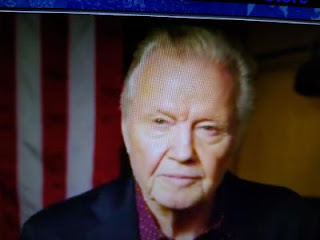 Good on Jon Voight for being a Patriot for so long in a profession that most most keep hidden.

Gateway Pundit reports actor Jon Voight is a Trump supporter and has been since the early days of the 2016 election. Over the last few years, Voight has released videos here and there to show his support for the president. He just released a new video where he takes a pretty harsh view of Joe Biden.

He actually calls Biden evil. And before you say this is over the top, just remember the left has been calling Trump evil for four years now. More here