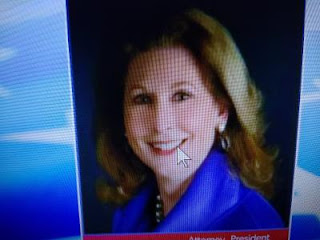 I don't know what's going on here.  But, it doesn't look good.

The statement comes after Powell provoked controversy in an appearance on Newsmax TV Saturday night in which she alleged massive voter fraud in Georgia, saying there were possible pay-for-play kick backs to public officials, possibly even Georgia GOP Gov. Kemp for a late grant to use Dominion Voting Systems.

Sidney Powell is practicing law on her own. She is not a member of the Trump Legal Team. She is also not a lawyer for the President in his personal capacity," reads the statement signed by Giuliani and Jenna Ellis, Trump campaign senior legal advisor and personal attorney to the president.