Trump: 'This Election is Far From Over' 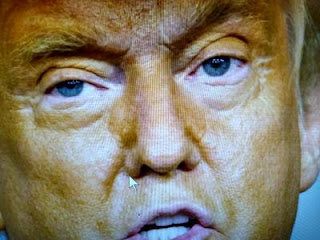 This is going to be a tough road.  But, it's worth fighting!

NewsMax reports President Donald Trump says the 2020 presidential election is “far from over.”

"The simple fact is this election is far from over,” Trump tweeted Saturday afternoon after several major networks called the race for Democrat Joe Biden.

“Joe Biden has not been certified as the winner of any states,” Trump continued. “Beginning Monday, our campaign will start prosecuting our case in court to ensure election laws are fully upheld and the rightful winner is seated."

CNN first called the race for Biden, followed by the Associated Press, Fox News and The New York Times, after a victory in Pennsylvania put the Scranton-born Democrat over 270 electoral college votes.