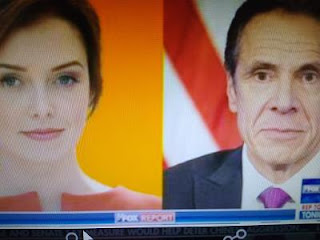 This is not surprising considering Andrews Cuomo gets "rubbing his balls" coverage from the mainstream media.

I normally don't believe the woman.  But, since this involves one the worst self absorbed politicians in this country, I believe her story.

NewsBusters reports the network newscasts on Sunday night and Monday morning were predictably silent on the shocking sexual harassment claims against Governor Andrew Cuomo, a hero among liberals. These are the same networks that praised his “excellency” and gossiped over the single Democrat.