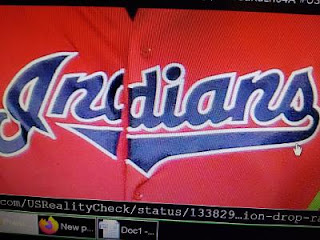 This is so bogus!  Poll after poll shows Native Americans have no problem with the
Washington Redskins name.  This is "data" the left always likes to throw in our faces.  The people who have a problem are the social justice warriors  in the sports media.


Yahoo Sports reports the Cleveland Indians are reportedly preparing to announce a name change this week after years of criticism.

President Donald Trump, of course, isn’t happy about it.

“Oh no! What is going on?” he wrote while sharing a link to a New York Post article. “This is not good news, even for ‘Indians.’ Cancel culture at work!”

Oh no! What is going on? This is not good news, even for “Indians”. Cancel culture at work! https://t.co/d1l0C9g6Pd