Poll: Republican Voters Side With Trump Over McConnell 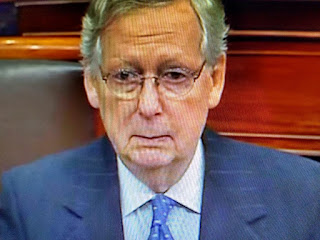 If Mitch McConnell and establishment Republicans think they can purge Trump voters, or the MAGA vote from the GOP, what's left is an empty shell.


Newesmax reports a majority of Republicans say President Donald Trump was right to challenge his election loss and don’t blame him for the mob riot at the Capitol, according to a new Axios/Ipsos poll.

Here are highlights from the poll:

  91% of Trump supporters in the GOP back his continued contesting of the election, while 46% of those who consider themselves “traditional Republicans” support his challenges and 36% oppose.