Democrats blink on witnesses, Trump impeachment ends in acquittal for the 2nd time in a row 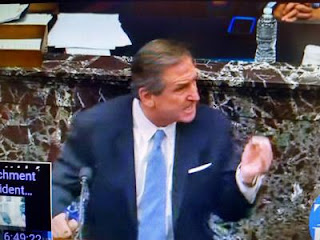 That was enough for the Dems to back up.

Seven Repubicans joined all 50 Democrats to vote 57-43 in favor of guilt. That was 10 votes shy of the 67 votes needed for a guilty verdict.