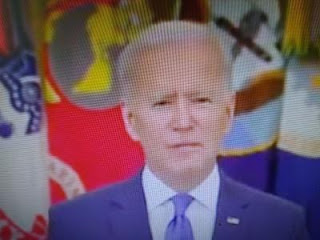 For the record, the defuse secretary is Lloyd Austin.

The MSM made such a fuss over him for the being the first black defense secretary.

However, the corrupt mainstream media (CBS, NBC, ABC, CNN, MSNBC, NY Times, and The Washington Post) continue to lie to the American people by saying, nothing to see, Joe Biden is fully competent to be president.

It’s obvious to anyone with eyes that that he's not all there.  In my opinion, he's senile and quite possibly o the verge Alzheimer's disease.  And it's scandalous that our media looks the other way.