A Conversation with LA D.A.George Gascón and his insane "progressive" ideas that coddles criminals and endangers public safety 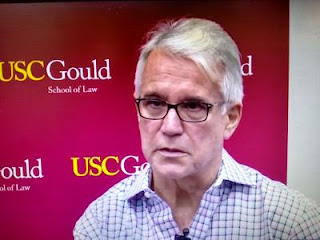 Funded by George Soros, George Gascón, is one of numerous so-called "progressive" district attorneys that have gotten elected around the country.

These people are insane!

They are nothing but social justice warriors  masquerading as prosecutors.  They care lvery ittle about crime victims and are much more concerned about criminals.  Gascón cut his teeth as the district attorney for San Francisco.  Since leaving that city, SF  become a cesspool of high crime.  His progressive ideas are not working in San Franciusxo.  And since getting elected as district attorney for Los Angeles, he's facing a backlash.