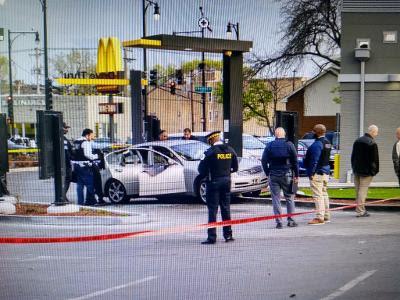 7 year old girls shouldn't be shot at a McDonalds drive-thru.

I mean give me a break!  But, that's the kind of lawlessness that exits in Chicago, East St. Louis, Philadelphia and New York.  What do they all have in common?  That's right.  They're all run by Democrats.

NY Post reports a 7-year-old girl died and her father was wounded after they were shot at a McDonald’s drive-thru in Chicago on Sunday, a report said.

The child, identified by police as Jaslyn, and her 28-year-old dad, Jontae Adams, were in a car outside the fast food restaurant in the city’s Homan Square neighborhood when two gunmen opened fire on them, the Chicago Sun-Times reported, citing police and a worker.

Jaslyn was struck several times in the shooting that occurred at about 4:20 p.m. She was taken to Stroger Hospital, but could not be saved, the newspaper reported.